1) A Windows update deployed by Microsoft on 2/27/2013 is leaving Windows systems in Basic mode, which then causes problems with older DisplayLink drivers prior to 6.3 M1, including the very common 5.6 M1 version. The particular update causing the breakage appears to be a Microsoft change to DirectX. When first released on the 27th, Microsoft had it as a “recommended” update so it was pushed out widely. Microsoft has now switched it to be an “optional” update. You can read discussion of the affects of the update here.

This problem is Windows 7 specific.

A separate problem, but one that appeared around the same time, is Google Chrome tabs hanging on load.

On Feb 22nd, Google Chrome updated to version 25.0.1364.97m. This version conflicts with any installed DisplayLink version 7.x drivers and higher, on Windows Vista and up. Google is working to fix this in a Chrome update, but until then you can work around the issue by passing the –disable-gpu flag to chrome. To do this, type “chrome” in the Windows start search box, but don’t hit enter. Then right click on “Google Chrome” and select properties. Enter the –disable-gpu parameter as the last part of the “Target” string (note that’s two dashes before the word disable!). Here’s what it looks like:

Please let us know if any problems persist after these new Microsoft and Google updates. Feel free to comment below. We’ll help however we can. Thanks! 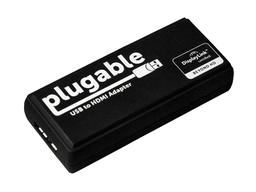